This was on a shelf in the first little grocery store we went to. Not in the bakery section, just on a shelf next a bunch of other Hello Kitty cakes, in between two different types of packaged cookies.

And perhaps I should have kept the randomness of combined ideas in mind when I went to the knitting stores here.

The first one was in Bourton-On-The-Water. We had driven around the Cotswolds and seen beautiful little villages with old stone buildings and riotous flowers. If you’ve seen Hot Fuzz, that’s the kind of little villages I’m talking about. Although, not quite as much shooting.

My parents had spent a week in the Cotswolds before Paris so they knew the lay of the land. Since my great-aunt-who-knits had been with them, they had already found a knitting shop for me – the Burton Basket. (My apologies for the blurriness of some of the pictures.) 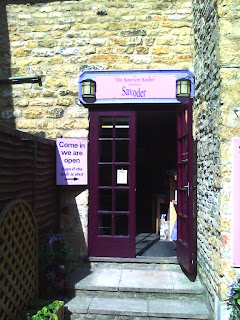 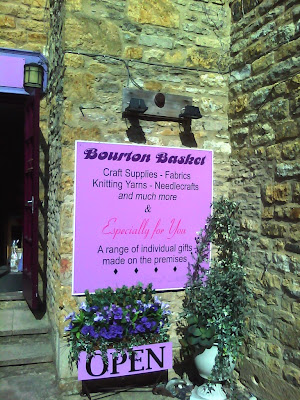 As the sign promised there was much, much more… It was an interesting mix.
You enter to see puzzles on your right… 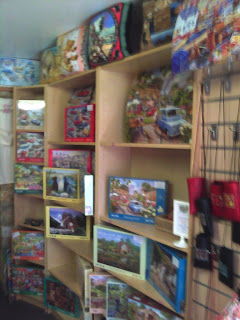 …and things with names on them to your left. I think they are lavender sachets? 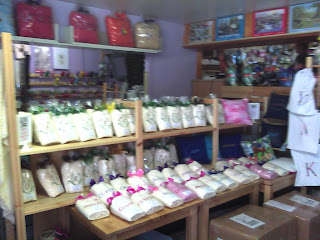 There were tea cozies… 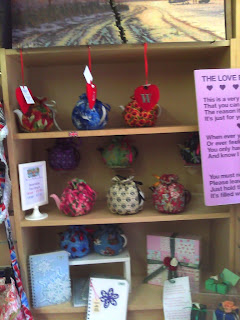 … and a lot of scrapbook supplies. 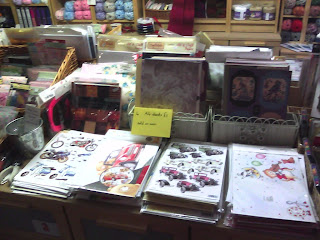 There was a fair amount of yarn, too. 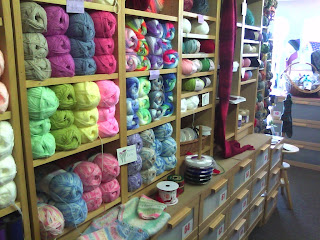 And things made out of yarn. 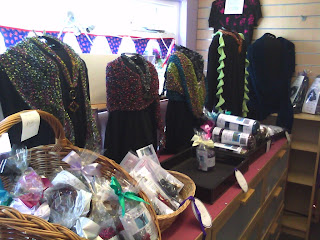 There was so much other stuff besides yarn. At least the needlepoint stuff made sense.
But in the middle of a knitting shop, with all sorts of crafty things, there was no fiber to be had. There had been no fiber in either of the Paris stores. But I’d thought in the middle of England, you know where a lot of wool comes from, there would be some fiber for sale. I think it might be because spinning is just not as big on the other side of the pond.

Still the lady was nice, if confused about my request for fiber when they had perfectly good yarn to sell me, and I decided on getting three balls of yarn. Enough so I could use my credit card. 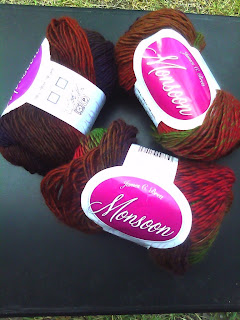 Speaking of credit cards, it wasn’t the case in France, but in England they have a “chip and pin” system. It’s kind of like an ATM at every shop. I’m not exactly sure how it works, but US cards don’t have that chip in them and there are a lot of places that don’t take the ones without. This will become important in our last yarn shop adventure.
DH took the last two, aren't they pretty? And you can see it really is On-The-Water.

Next time: Things in Oxford aren’t necessarily next to anywhere you want to be in Oxford.
Posted by seeherknit at 10:00 PM

What a bunch of randomness in those yarn stores. It makes my head hurt.