This Death Star is not quite operational...

So I tried to make the Death Star pumpkin.
I started out using my usual tools and got this far: 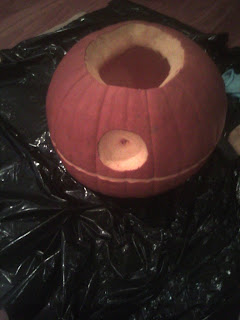 It wasn't working as well as I wanted, so I went to Jerry's Artarama. 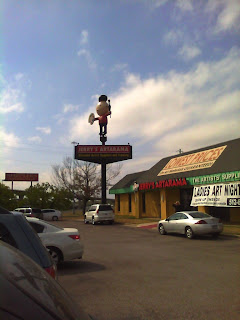 And bought these tools: 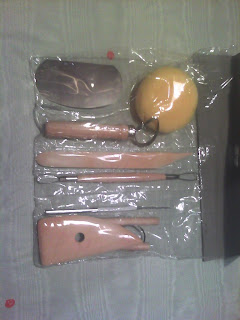 The funky shaped one, on top of the yellow sponge, is fabulous at scraping the inside of a pumpkin. I don't think I'm ever going back to my spoon.
Then I continued carving away: 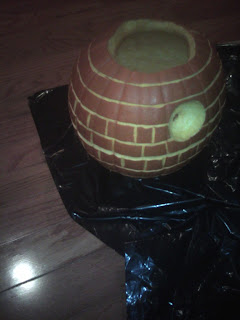 But it took a really long time, and I'd other things going on. So I finished up the lines and called it done.

And forgot to take a picture of it until today. That's why it looks deflated. 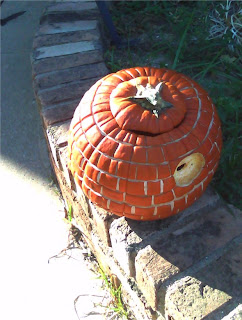 The first Death Star didn't turn out so hot, either.
Posted by seeherknit at 6:00 PM

Email ThisBlogThis!Share to TwitterShare to FacebookShare to Pinterest
Labels: Halloween, learning, other crafts