When we last met, I’d made it to Paige, and forgotten to take pictures of bunnies. The next day we got up and headed downtown to watch the UT vs. OU game. We won’t go into details, but at least we were watching it at Alamo Drafthouse so we could drown our sorrows.

We got out around 3 and I convinced DH that a quick stop by the Knitting Nest would be a good thing. He indulged me and then let me take pictures with his phone; his is a better camera than mine. 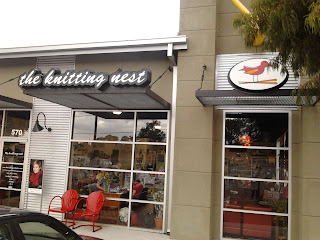 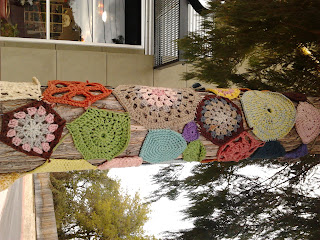 I’d been to Knitting Nest quite a while ago, and they have since moved to a new location. The old location was snug, the new one was much airier and open. The light from the windows made the yarn sparkle.

There was a hanging of felted cranes. 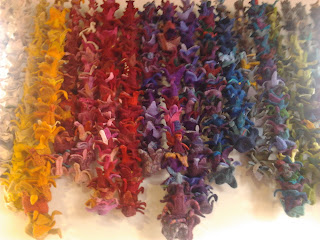 It was over the area where you can sit and knit. 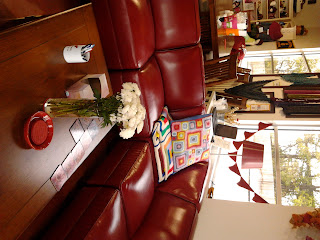 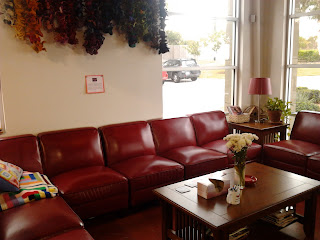 Right next to the computer you can use to look up things on Ravelry. 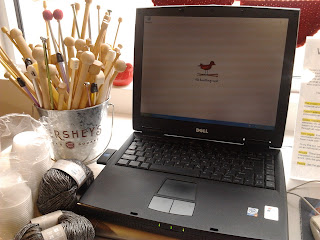 There was a mural by The Panopticon, also known as Franklin Habit who writes the stitches in time column in Knitty. 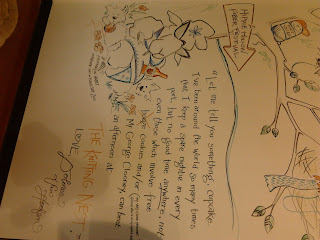 There were hands disembodied hands knitting a scarf. 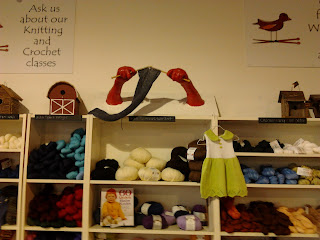 There was an adorable teddy-elephant. 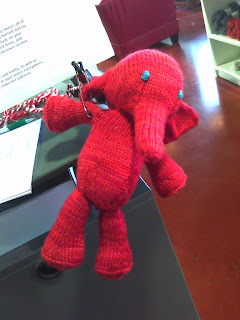 There were beautiful finished projects on the walls. 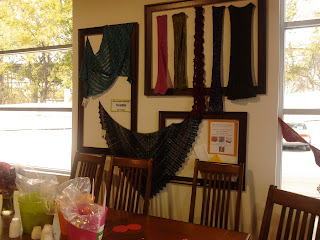 And then there was yarn, lots and lots of yarn. 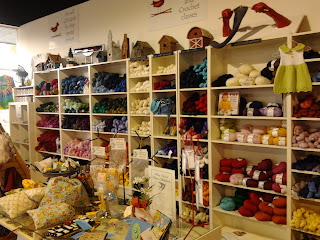 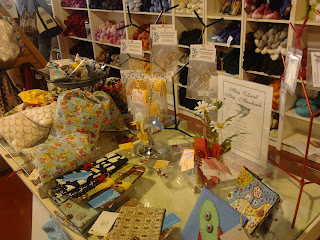 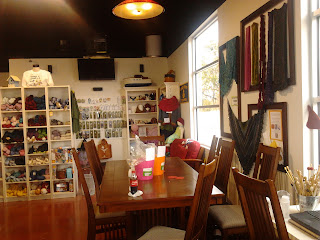 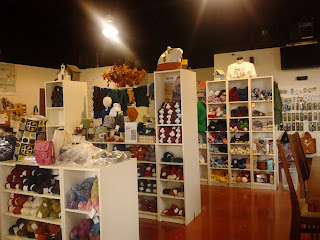 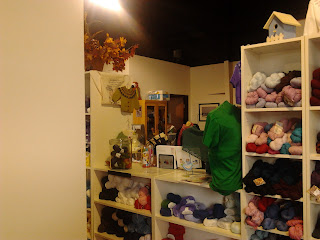 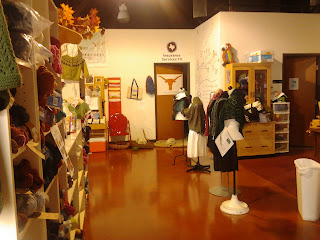 After we left the Knitting Nest, DH and I went home and rested while we watched the rain. It was lovely.

Then we headed out to get our massages that were our gift to ourselves to celebrate our anniversary. To make up for giving us the rain, the gods decided that we should have a flat tire on the way there. Not to worry, DH had a spare and all the tools needed to replace it.

Except that the spare was flat.

Fortunately, we’d been able to pull into a parking space when the tire went funky and we were only a few blocks from where we were supposed to get our massages. So we put a bunch of money in the meter (you have to pay for parking on Saturdays now) and walked.

The massage was fabulous, if you get the chance to go to Milk and Honey Spa I highly recommend it. DH had never had a professional massage before and I’m pretty sure he’s a convert now. Much more relaxed, DH went to put more money in the meter and met me up at Chez Nous.

I could go on and on about how much I love Chez Nous, but I’ll keep the gushing to a minimum. They make the best mousse pate this side of France. And I remembered that I really shouldn’t eat the whole thing if I want to eat anything else. I finished up dinner with crème caramel, which is the French answer to flan.

We took a cab home. DH grabbed his pump and I drove him back to his car. Once the spare was inflated we drove home and the very long, disheartening, relaxing, celebratory and loving day was over.


Next time: Nan’s Needleworks, and discovering that Horseshoe Bay is FAR away.
Posted by seeherknit at 8:00 PM

LOVE the photos of the cranes. I love that the thumbnail doesn't clearly show they're cranes so that it looks like these random twists of different color strings and I love that they're not uniform lengths. Just gorgeous!

Creme caramel is my favorite dessert.

The felted cranes are amazing!