This Yarn Crawl just got real

There was a van leaving from Nan's Needleworks going to all the out of the way stores. It left at 9am Sunday morning, and on Friday that seemed like a perfectly reasonable time to be someplace.  What I didn’t realize, when I made my reservation on Friday, is that Nan’s is in Horseshoe Bay. And Horseshoe Bay is NO where near Austin. It’s an hour and a half along winding two lane roads. I was slightly perturbed when I was told I needed to be there by 8:30am. But I was promised breakfast and coffee, and this was going to be the real crawl part of the Yarn Crawl. So Sunday morning, I got up while it was still dark, drove down slick streets, and out into the middle of nowhere on a quest for yarn. (Thank goodness for GPS.)

Nan’s Needleworks is on the wonderfully named Bunny Run Lane, but it’s looked nothing like I expected. It is on the second floor of an office building. The situation is a little odd (I’m pretty sure I passed a law firm as I was walking down the long hall), but don't be fooled, this is a little gem of a yarn store.

I may have been a bit sleepy, and in a bit of a hurry when I was taking pictures. Think of the blurry pictures as the way I saw the world at the time. It’s on purpose, I swear. 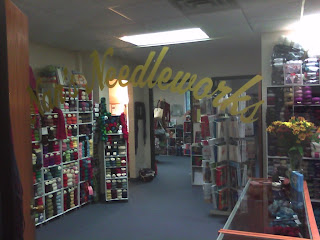 This is the alpaca fiber I bought here. 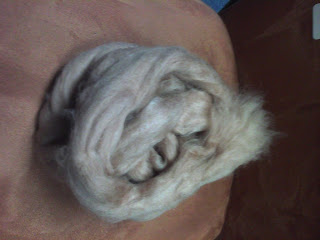 This is the room I got the fiber from. 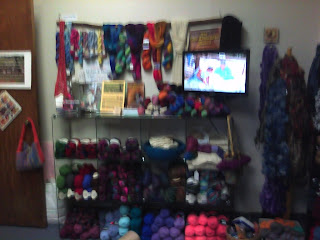 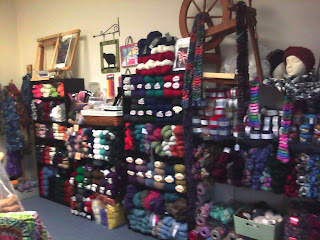 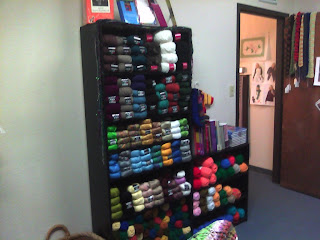 There were two other rooms. 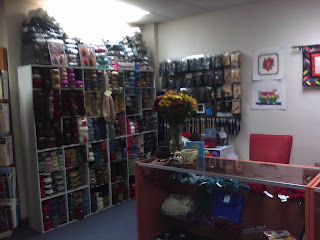 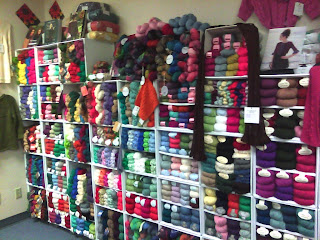 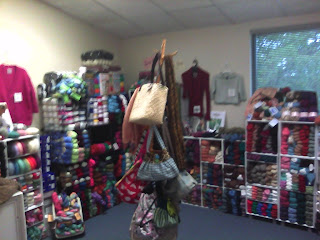 The ladies there were wonderfully welcoming. There was monkey bread, and coffee, and I was going to be ok.

Including the driver there were five of us going on this trek. And once we stopped at a Walgreen's, so I could get some Dramamine, the trip went a lot smoother.

Next time: Blurry pictures of the Old Oaks Ranch Fiber Arts Center in Wimberley.
Posted by seeherknit at 8:00 PM

Haha, I love that coffee and monkey bread is a universal sign for "it's going to be ok." Well, maybe it wasn't completely the monkey bread and the coffee, but you get the idea.